Are you a Mississippi Gulf Coast guru? Be heard and share your experiences by becoming an 228area.com Contributor.Learn More!

Are you a local in the Mississippi Gulf Coast area? Join your community and Get Connected with others in your area.Join FREE! 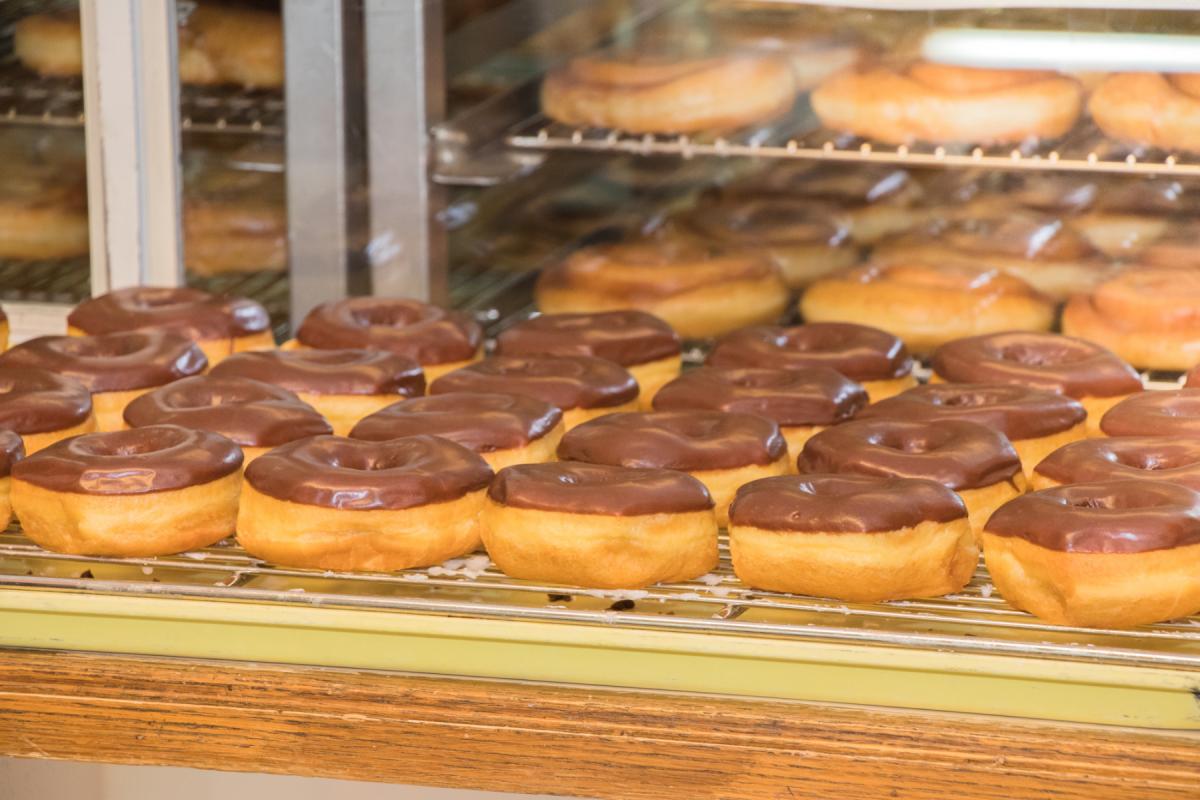 The Tatonut is not your ordinary donut shop. The line down the street will tell you that. The potato flour that they use gives their donuts a lighter, fluffier texture that keeps people coming back for more. But when I asked Theresa Mohler what makes their donuts so special, her answer: “It’s the love.”

Robert Mohler was one of the original owners of a franchise donut shop called Spudnut on Washington Avenue in downtown Ocean Springs in the 1960s. Spudnut was revolutionary for donuts because it used a potato flour that was not heavy or greasy and was easy to digest.

When the Spudnut corporation went out of business in the early 1970s, Robert and his son, David Mohler, decided to open their own shop to pay homage to the trusted treat. David coined the name, Tatonut, and a new tradition was born.

When Robert eventually retired in 1983, David, one of seven brothers, was the only one with enough passion for the business to start his workday at 2:00 in the morning, and so took over the rightly named Tatonut.

David and his wife, Theresa, were both raised in Ocean Springs. They met right after Theresa graduated from college and married shortly thereafter. However, Theresa was not just marrying a man, she was committing to a lifestyle. The Mohlers pour their heart and soul into their work. When their two daughters were born, Tatonut truly became a family-run business. With both parents running the shop, Katelyn and Sophia became a sweet fixture themselves. They may have been seen interacting with the customers, coloring, playing games, or doing homework. It has been a joy for many to watch the children grow up.

Those who have visited the shop for years know the level of service and quality that goes into each day. David has a hand in every batch of donuts and personally makes all of the chocolate and glaze from scratch. Each batch goes through 1-2 additional rising stages that many others do not use. With a commitment to quality ingredients and service, the love they put into each batch is evident in the response they receive from their patrons. It’s not just a sweet treat, but a family tradition for many. The Mohlers motto is, “Do it better than yesterday.” That’s an adage we can all live by.

The commitment that the Mohlers put into their business, their product and their customers returned to them tenfold when their youngest daughter, Sophia, became sick from an inoperable brain tumor. They closed the Tatonut for three months while they were with their daughter in Houston for treatment. When they returned it was with random open hours revolving around additional treatments. The community was supportive and uplifting and encouraged them to reopen. However, when Sophia finally passed away in September 2010, they lost faith and the desire to go on. They walked away and closed their doors for another month. Theresa and David did a lot of souls searching and praying at that time. The community was very patient with them and it was good for them to feel that love. They came through with renewed hope and realized there was a purpose for them. Remaining in the public eye through the donut shop could help other families and would enable them to do things in Sophia’s honor.

At the Ronald McDonald House in Mobile, there is a room named for Sophia. Each February at the Treasure Oaks Country Club in Ocean Springs, a tennis tournament is held to raise money for this room so that other families with hospitalized children may receive support and respite. Sophia’s happy place was Disney World, and the Make-A-Wish Foundation helped make that come true once more for her. Now, the Mohlers hold speaking engagements and fundraisers for the foundation. They give back tirelessly to those who have given so much.

The Mohlers are so grateful to their community for propping them up when life seemed unbearable, just as this long run old-fashioned donut shop has done for its patrons.

Because Tatonut is a family-run business, there may be times when they just plain run out of donuts or have a family situation arise that will cause them to need to close the business.

One such situation occurred years ago that led to the shop being closed on Sundays. Now the Mohlers enjoy that time as a family and with their church. Please visit TuesdaySaturday, 6am-5pm.

Aztecas Restaurant & Cantina are not to be missed