Are you a Mississippi Gulf Coast guru? Be heard and share your experiences by becoming an 228area.com Contributor. Learn More!

Are you a local in the Mississippi Gulf Coast area? Join your community and Get Connected with others in your area. Join FREE!

The Life and Work of Carroll Benton Ishee

The Ocean Springs History Museum at  The Mary C. O'Keefe Cultural Center of Arts and Education will be showing an exhibit honoring the life and work of a local designer and builder, Carroll B. Ishee. His name is recognizable by many, and his homes are distinctly unique. However, as I was researching this article, I was surprised to find very little written about him, and no Wikipedia to scan. It seems this man is a true local legend. So who is he? And how did he come to be so influential in modern architecture?

Ishee Starts His Career in the Military

Carroll Ishee was born in 1921 in Hattiesburg, Mississippi. In 1940, he joined the Mississippi National Guard and became a decorated soldier in WWII, receiving the Silver Star for “gallantry in action.” Upon leaving the military, Ishee found himself with a hunger for a broader world view. He moved his family to Seattle for a year, only to realize he did not like the climate. He quickly returned home to the South.

Ishee turned his attention to law and studied at the Mississippi School of Law in Jackson. Although he was not a stellar student, his confidence helped him; and in 1947, he passed the bar exam. From Jackson, Ishee moved his family to Biloxi on the Gulf Coast where his wife, Gladys, had spent time in her youth. Carroll began working at an established law firm. However, again within a year, he realized that he had not yet found his true calling. He lost interest in the law and decided instead to try real estate.

In the late 1940s, Carroll Ishee found some success in the real estate business, as a project officer, listing agent, and closer for tract housing being built for returning veterans in west Biloxi. The homes were produced and filled quickly. However, although he was good at the job, Ishee was not passionate about it. His dream became to sell good quality homes.

Ishee wanted to build something more personal and individualized. In 1952, he once again moved his family, this time to Neshoba County, Mississippi. To raise money to begin a development firm of his own, Ishee built several soft-serve ice cream stands. Unfortunately, these were unsuccessful. However, through the process, he learned some valuable skills.

To further his building knowledge, Ishee began studying the University of Illinois Small Homes Council publications. The publications were created in order to standardize construction techniques without looking for mass produced. He learned about concrete, plumbing and electrical. He would later say that he knew nothing about building before studying the publications.

A friendship with the owners of a large vacation estate would ultimately kickstart Ishee’s career. The estate, known as Gulf Hills, was being subdivided to create a community. Ishee would have his pick of the land choosing the highest elevations and best views. Material quality and low maintenance construction were important to Ishee. The ranch-style homes he was building had low roofs, open floor plans, broad fronts facing the street and expansive lawns. His Gulf Hills homes were quickly garnering attention, and by the mid-’50s, “Ishee Houses” were being advertised, indicating a high level of local interest.

In 1962, the Ishee family moved to a beachfront home in Biloxi with the intention to remodel. Instead, however, shortly after the move, Carroll had a debilitating heart attack. It would take him nearly a year to recover. They lost interest in remodeling their beachfront home, but a vision was emerging.

Focus on Design and Personal Style

Gladys Ishee was going back to school to get a Master’s degree in early childhood education. She would drive every day an hour and a half to Hattiesburg to study at The University of South Mississippi. While there, she would check out books for her husband at his request, so that once again, he could continue his own personal education. He used his recovery time to improve his design abilities and make changes to his style. He learned about perspective drawing that allowed him to create designs of his own influence. His true creative genius was beginning to unfold.

Ishee desired to build homes that were not the only individual for the owners, but also for the landscape itself. Books such as The Guide to Easier Living also had a great influence on him and his work. With six children, and now a health issue, simplicity was important.

Carroll Ishee would choose a piece of land and fashion home to suit the environment. He desired a maintenance free home that would decrease the manual labor and reduce stress for the owner. He built for himself and then allowed others to purchase. He felt a oneness with nature that was evident in his work. He would construct a home right into an existing landscape without clearing all of the lands of its trees, only removing the vegetation necessary for the build.

Purchasing land that others would not use allowed him to keep costs down. He used tree trunks and limbs for support beams and towel racks. To further help reduce his overhead, Ishee would construct cabinets, doors and window units to offset the price of the high quality of building materials he wanted to use.

Much of the land he chose was lots that other builders had passed over due to challenging terrain. Ishee did not see this as an obstacle, but rather as an opportunity. Living within the elements like this meant less lawn care. He used wood and materials that were sustainable and low maintenance. Large windows the expanse of a wall flooded the home with the natural night and allowed the outside landscape to be a part of the residence. If there was a ditch or gully, he would simply build a bridge. Each structure was unique and personal to its site.

I am grateful for the hard work of Jeff Rosenberg with the Department of Marine Resources’s Mississippi Gulf Coast National Heritage Area, for his research and paper titled, “The Creation of an Environmental Modern, The Works of Carroll B. Ishee,” that allowed me to gain a clearer picture of this architectural genius.

The exhibit showing at The Mary C. O’Keefe Cultural Center will display 8’ photos hanging will give the sense of walking through one of his homes. Some of the furniture he created and many other artifacts have been lent to the exhibit for viewing.

Funding for the exhibit is made possible through a grant from the Mississippi Gulf Coast National Heritage Area, dedicated to educating locals and visitors about the culture and heritage of Mississippi’s six coastal counties.

For more things to do and see in Ocean Springs, connect with 228area, we're your free guide to the city! 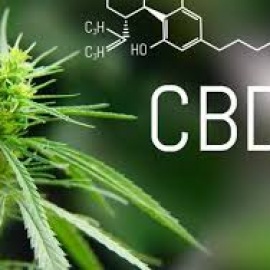 What is CBD from the Cannabis Plant? 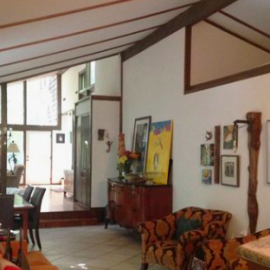 The Life and Work of Carroll Benton Ishee

Long Beach, MS The Friendliest City on the Gulf Coast 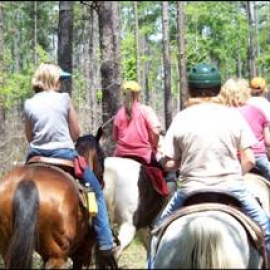